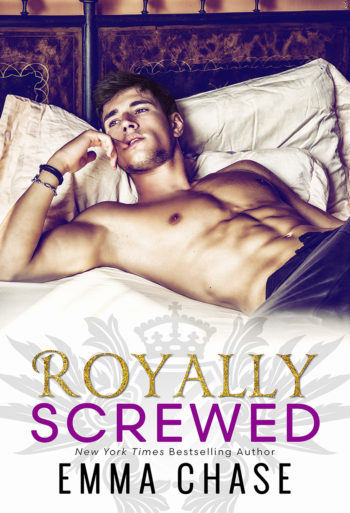 Nicholas Arthur Frederick Edward Pembrook, Crowned Prince of Wessco, aka “His Royal Hotness”, is wickedly charming, devastatingly handsome, and unabashedly arrogant—hard not to be when people are constantly bowing down to you.

Then, one snowy night in Manhattan, the prince meets a dark haired beauty who doesn’t bow down. Instead, she throws a pie in his face.

Nicholas wants to find out if she tastes as good as her pie, and this heir apparent is used to getting what he wants.
***
Dating a prince isn’t what waitress Olivia Hammond ever imagined it would be.

There’s a disapproving queen, a wildly inappropriate spare heir, relentless paparazzi, and brutal public scrutiny. While they’ve traded in horse drawn carriages for Rolls Royces and haven’t chopped anyone’s head off lately—the royals are far from accepting of this commoner.

But to Olivia—Nicholas is worth it.
***
Nicholas grew up with the whole world watching, and now Marriage Watch is in full force. In the end, Nicholas has to decide who he is, but more importantly, who he wants to be: a King . . . or the man who gets to love Olivia forever.