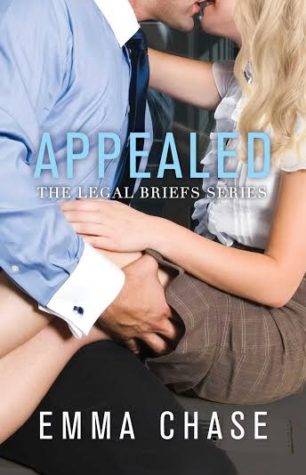 When Brent Mason looks at Kennedy Randolph, he doesn’t see the awkward, sweet girl who grew up next door. He sees a self-assured, stunning woman…who wants to crush the most intimate – and prized – parts of his anatomy beneath the heels of her Christian Louboutins.

Brent has never let the loss of his leg in a childhood accident affect his ability to lead a fulfilling life. He sets high goals–and then he reaches them.

And now he has his sights set on Kennedy.
**
When Kennedy looks at Brent Mason, all she sees is the selfish, Abercrombie & Fitch catalogue-worthy teenager who humiliated her in high school to join the popular crowd. A crowd that made those years a living hell.

She’s not a lovesick social outcast anymore – she’s a DC prosecutor with a long winning streak behind her. Brent is the opposing attorney in her next case and she thinks it’s time to put him through a little hell of his own.

But things aren’t exactly working out that way.